Blogging from a plane..for real this time

Unlike my other posts where I write stuff on the plane and then post once I am on the ground, this time I am actually posting my blog in flight. It should come as no surprise that this is because the wireless access is free. It doesn't make up for the flight delays, though.
Anyway, happy New Year's everyone and best wishes for a wonderful year in 2011! And please drink a few drinks for me as I am probably going to be stuck in transit! 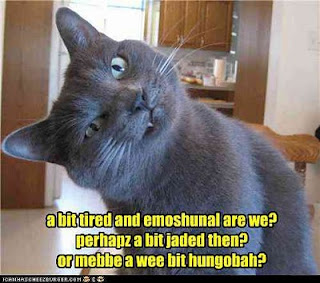 Blogging from a train and a plane

I’m on a train, returning from Sacramento. Since I haven’t gotten into my book yet, and there is no internet access here, it seems like a good time to get caught up on my blog.It’s been a while, so I’ll cover a mishmash of topics. Perhaps I will split it up once I actually post it.
The train is passing just south of where I usually drive. I did not recognize it at first. In the car, it is easy to forget that much of the area is actually delta wetlands. On the train, after a month of rain, it is easier to see.
I’ve been in Ithaca for more than six months. It was almost midsummer when I arrived, which meant that it still hadn’t warmed up and the forest hadn’t completely filled out. Now midwinter has passed, bringing with it subfreezing temperatures for most of the month, but surprisingly little snow. On the evening of the solstice, I passed flocks of crows roosting in the trees. They looked like large black leaves in the winterbare trees.
Although I do like to talk about the weather, the adjustment hasn’t been too difficult. I’ve had to buy some more clothes but other than that it isn’t too bad. It helps that I have good cold tolerance, and that I’m fatter now than I was a few years ago. There is a damp chill in California in the winter, and poorly insulated houses, and it’s good preparation for colder climes.
Ithaca is cloudy much of the time, due to the influence of Cayuga Lake. The hilly terrain and the large number of trees add to the overall effect. It is rare to be in full sunlight, and it is noticeable when it does occur. Nonetheless, the light is amazing.
I have not been blogging very much lately. The combination of a very busy month at work and my budding relationship with cowdude have apparently sapped my motivation to blog. Hopefully it will come back before I get sucked into the next research proposal.
I saw T when I was in CA. It was odd to see him now that I am seeing cowdude. It felt like there was more distance between us, and at times I wondered what I saw in him or why I stayed with him so long. He kept insisting that we get together if I had time left after I got back from Missy’s. There won’t be enough time to do anything, but I wouldn’t have called him. Something about it sounded empty, like he was just saying that to fulfill some sort of imaginary obligation. (Missy – this is the other reason I wasn’t in a rush to get back.) It is time to sever that tie. I debated whether I should defriend him on Facebook, but I should’ve done it when he broke up with me. For me to do it now it would be too little, too late, and might send a message of something other than indifference.
Posted by Old Biddy at 6:48 AM No comments:

Yes, it's true, the new version of Bejeweled is being launched on my birthday.
Posted by Old Biddy at 6:58 PM No comments:

Scene from my bed, many mornings 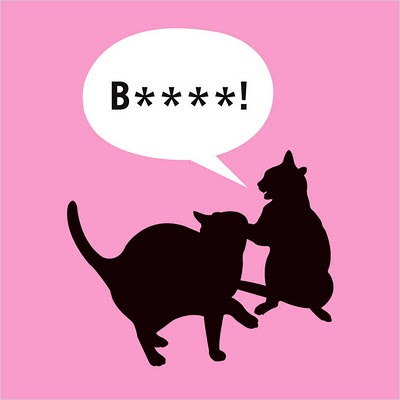 Rugrat and Luna have it down to an art form.  If they are especially hungry and/or I am sleeping in too long, they both climb on my bed, and Rugrat proceeds to annoy Luna, who growls and starts to have an asthma attack.  If that doesn't get me up, Rugrat will move in closer and Luna will bitch slap her.  Eventually I get up and feed them.  The instant I start heading to the kitchen they forget their act and are friendly to each other again.
Anyway, that's not really blogworthy but when I saw this cartoon I just thought it was perfect and wanted to share it.
Posted by Old Biddy at 11:27 AM No comments:

It's that time of the year again

I am such an old biddy that even though I know my birthday is coming up, I was totally unprepared for Missy to start calling me "Old Biddy". Perhaps it's because I've been so busy with work, or perhaps it's because I'm an old biddy year round.
It's been a crazy three weeks. All I want for my birthday is 8 hours of uninterrupted sleep and a clean house.
Posted by Old Biddy at 4:11 AM No comments: