Cowdude received a bottle of Crave chocolate strawberry milk from one of his students. It does not need to be refrigerated. I think it was like those old Life cereal ads in the 70's - "Give it to Mikey - he'll try anything."
Anyway, we gave it a try at breakfast. It was pretty nasty - the vast amounts of sugar and artificial flavorings could not hide the fact that this milk had been cooked for a very long time. Its flavor was reminiscent of the freezer-burnt residue from a box of cheap neopolitan ice cream.
As a final test, I gave some to Rugrat. She normally eats any kind of dairy product, even those which have started to go bad. I didn't think it was possible for her to not like anything with butterfat in it. She sniffed the Crave suspiciously and then walked off. Yes, it's that bad.
Posted by Old Biddy at 8:13 PM No comments:

It's been interesting and informative and has provided me with a lot of blog material, but I am cancelling my subscription now.* Don't be too heartbroken about it, we weren't too into each other anyway.
But, before I go, I've got some more advice for you.
Please learn to spell. Barring that, please spell as badly as a LOLcat so I can laugh and put it on my blog.
Don't just wink at me and not send a message. That's my job. I might make an exception if you look like Javier Bardem or George Clooney, but if you looked like them you wouldn't be on Match, would you?!?
Don't dis on other people to try to impress me. If I say I don't care about height, don't make fun of short guys. Likewise, don't bitch about how most women lie about their age or weight before you meet me.
Similarly, don't mention your mother too much. That makes me nervous. However, it also makes me nervous if you've cut off ties with any of your close relatives.
I might make an exception on the distance thing, but you'll have to make it worth my while.
I won't make an exception on the 'no separated guys' rule. Don't want to go there - I have enough of my own baggage as it is. Maybe once you're divorced and I'm back on Match we can rethink things, but until then, I'm going to let those other women work out the bugs.
Lastly, T,I know you're still on Match and are logging in frequently, but I resisted the urge to look at your profile. One of these days, I may tell you about cowdude, or I may just do what you did to me and let you find out via Facebook.
L8R, dudes!
Love,
-Old biddy

* I had the automatic 3 month renewal plan, and it was about to bill me, but in reality I haven't been using it at all since October. If I hadn't been in research proposal mode last time, I might have even stopped it then. Now it's three months later and there's another proposal due in two weeks, right around the time I'd have to remember to cancel it. 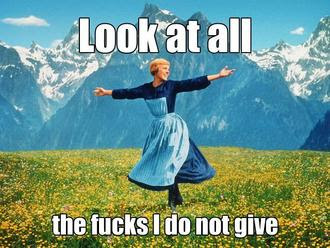 These boots were made for (walking off with)

I can now add "Randomly getting rid of grad students' belongings" to my job description. Let me explain.
We have a lab that is mainly used for storage, but it is about 2/3 full of junk belonging to people who were here years ago. Ever so often I get a bee in my bonnet and go in and clear it out a bit. I haven't really gotten rid of too much, because I actually am worried about getting rid of something important.
Mixed in with the random personal belongings of the former main inhabitant of the lab were a pair of cheap hiking boots. Everyone, including my boss, would make jokes about the boots, if they happened to wander in when I was in there. The boots were always there, and it never seemed like anyone was wearing them
My boss had salvaged some storage racks, which got moved in there today. I was in procrastination mode, so I wandered in there to see what was up. My boss was also in procrastination mode, so he wandered in too. We once again joked about the boots, which had gotten displaced by the storage racks. I told him I was going to get rid of the boots.
The chemistry department has a "free table" where people can get rid of or acquire surplus stuff. In theory this is just chemistry stuff, but people put all manner of stuff on there and most of it gets taken. I put the boots, and some very old textbooks, on the free table. I didn't really think that the boots would get taken, but put them there just to assuage my guilt about throwing them away.
Later that night, a grad student, "M", came by my office and asked if I knew what happened to his boots. Oh shit! He wears them to/from the lab every day during the winter. We went down to the free table but they were gone. I told him I'd reimburse him for a new pair and I put up a sign in case the boots might get returned by their new owner. The next morning, someone had put the boots back on the table and M reclaimed them. All's well that ends well.
So anyway, I was chagrined and mortified, but it's also funny as hell and the whole group laughed their asses off about it, even the guy who lost the boots.
So, what is the funniest part of the whole story?

A: that someone took the old boots within a few hours?
B: that no one knew that M owned the boots because he cleaned them up so well each time that I never saw any new dirt or water on them, and they were always in the same place? (M is German and very meticulous)
C: that the boots were always there because M is always in lab?
Posted by Old Biddy at 6:04 PM No comments:

It's the little things

A new physical sciences building was recently completed next to the building where I work. It's quite impressive and cost a lot of money. This is all fine and good. However, to the people I work with, the main attraction of the new building is not the atrium, or skylight, or state of the art labs. Nope. There's a cafe in there. We can now get food and coffee without going outside. This is hugely popular.
Posted by Old Biddy at 7:13 PM No comments:

Happy New Year, everyone! I got home in time to celebrate New Year's Eve with my cats.
Sheila reminded me about the tradition of eating foods associated with good luck on New Years' Day. In California we don't do that. As befits the land of reinventing oneself, we make New Year's resolutions instead. I am beginning to think that I like the food tradition better. However, it is too late for me since I already jinxed myself for 2011, so I might as well make some resolutions.
As I was cleaning up my blog tonight, I came across my resolutions from 2010, which were to love myself as best I could, not fear change, and have more fun. I succeeded at the middle one, and by some good weasel-wording, the first one. I'm not sure how well I did about having more fun. When I had time I was mopey-woman, and once I moved to Ithaca time was in short supply and I wasn't always good about going out and doing exciting new things. Nonetheless I am having fun. These were good resolutions, so I am continuing them for 2011.
Last year I did not make a diet and exercise resolution. I had enough on my plate (ha ha!) as it was. I do not regret that decision. It was the right one at the time. However, that has left me in need of a diet and exercise resolution this year. I am going to try to exercise three times a week (not counting my walk to the parking lot) and lose 10 lbs. It is nice to be able to worry about the small stuff again.
Posted by Old Biddy at 7:33 PM No comments: