An open letter to some internet assholes

Dear commenters on just about any article about the pay gap,
I read a lot of articles about the persistent pay gap between male and female workers.  Shit, there've even been studies show that it starts as early as childhood, which is pretty damned fucked up.  Anyway, I'm a glutton for punishment so I read the comments.  Bad idea.   Anyway, I've got some helpful suggestions for you.
1.  Do not read an article providing data that the pay gap persists even after all other variables are accounted for and then comment that it's only because women choose different professions/work less/take time off for kids.  Nope.  Show some reading comprehension here and read what was written in the article. You're not doing a very good job justifying your extra wages if you can't even exercise critical thinking.
2.  Do not argue that men deserve to get paid more because they do more dangerous jobs or might have to go to war.  You don't get an automatic bonus for the fact that the last draft was 40+ years ago and you're an office worker whose main occupational hazard is a paper cut. Likewise, men and women doing the same dangerous jobs should get paid the same, and there are a awful lot of dangerous jobs that don't pay very well.
3.  Stop thinking about it in terms of you getting less money.  Seriously.  Think about it in terms of your wife, girlfriend, sister, mother or daughter being able to make a fair wage.
4.  Don't say that your wife makes more than you so therefore the wage gap does not exist.  Nope.  One anecdote does not = data.
5.  Stop saying that boys and men have it so hard these days.  Seriously.  If you are a man, and I assume you are, would you want to switch genders?  I didn't think so.
I could go on, but you're probably not going to get it no matter how much I write.
Love,
-Old Biddy 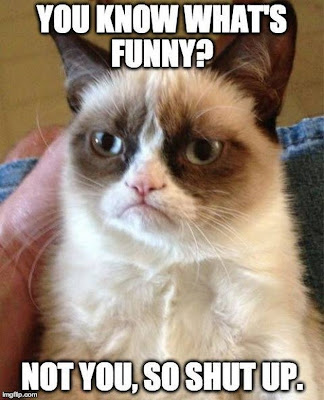 Yeah, I've neglected my blog for the last few months.  Sorry about that.  Between having houseguests for appx 6 weeks, spending time with Bikerdude (including helping him after he had knee surgery), etc, I haven't been writing much.  Those of you who get emails from me know I haven't done much on that either, although I still text as much as ever.
Anyway, in this time I did do some gluten free baking.  Although I still do recipes with custom mixtures of different types of flour, I've also been experimenting with premixed flour blends.  Better Batter is pretty good and can be used cup for cup in normal recipes that use wheat flour.  I've made brownies, pancakes and banana nut muffins with it and they came out ok.
The day that Bikerdude had knee surgery, I picked him up and he came over to my house for a while so I could keep an eye on him and also so he could get the benefit of my air conditioning.  I decided to make pizza but wanted a dough that didn't have to rise for very long.  I found this recipe over at the King Arthur Flour website, and despite the fact that it sounded totally bizarre, I decided to make it since the reviews were really good.
I followed the recipe pretty much exactly, except that I used the Better Batter flour and did not add xanthan Gum (the flour mix already had some).  The dough looked like spackle, just as they described.  I put a piece of parchment paper on a cookie sheet, oiled it with olive oil, and smeared out the dough to cover the sheet.  Wetting my hands with water helped but it was tough to get the dough really thin. Since it was hot outside, I didn't want to heat up my house so I cooked the pizza outside on the grill at appx 500F.  I've made it a few more times and have topped it with different things.  The mustard grains/swiss and chicken pizza was excellent, as was the garlic scape pesto pizza.  I've also made the dough in the morning, let it rise, and then stuck it in the fridge and cooked it in the evening.  Regardless of what you top it with, cook it partway and then add the toppings.  Keep an eye on it so that it doesn't burn.
Anyway, it is really good.  In fact, it is so good that I would recommend it even if I wasn't avoiding gluten.  It's kind of a crispy thin crust.  Surprisingly, it tastes really good cold, which is very unusual for gluten free doughs.
Posted by Old Biddy at 3:16 PM No comments: