The gift that keeps on giving

Joe and I have been dating for a year.  We're not extreme anniversary celebrators, but Joe won a gift certificate to a local bakery so we decided to get a cake, and since the one year mark was coming up, we decided to get the cake this past weekend.
This is the first time I've ever ordered a cake, or purchased one from anywhere other than a grocery store or Costco.  I ordered a chocolate raspberry cake and picked it up yesterday.  It is in my fridge and is very pretty.  Alas, Joe picked up a stomach virus and had to spend the rest of the weekend on the toilet or on the couch.
Joe was glued to the toilet and at his request I ended up going out and buying him a tube of diaper rash cream.*   Nothing but the finest anniversary presents here...
Two days later, Joe was feeling well enough to eat cake.  We had some, then a few hours later it was my turn for the stomach bug...and the butt paste.  Sigh.

I've been baking my way through the Cook's Illustrated gluten-free cookbook, but I hadn't baked any of the breads yet, mainly because of time but also because I didn't have the secret ingredient, which is psyllium husk, aka the active ingredient in metamucil.  However, my grad school friend Adam recently messaged me asking for a gluten-free bread recipe to use for his chemistry of cooking class, and that spurred me to order some powdered psyllium.
I was feeling a little guilty about blogging recipes from the book, but when I went to go find a recipe for Adam, I saw that CI had sent copies of the book to several gluten-free baking bloggers and they had already blogged some of the recipes, so I stopped feeling guilty.
The first recipe I tried was the chewy multigrain bread.  It contains sunflower seeds and gets its multi-grain from a hot cereal mix (Bob's Red Mill Mighty Grains) - this is a CI trick that they used in their regular bread recipes.  I had a pack of the hot cereal mix and really didn't like it so I wanted to use it up.
I made one loaf last night, and it was tasty but very dense.  It is cold in my kitchen and it didn't rise enough.  (Also, my yeast is kind of old.)  Today I made another loaf, because I am a geek and also because it is 15F here today.  Joe and I were going to pull out the smoker and smoke some beef and pork, but the forecast changed and instead of being in the 40's it is butt cold...too cold to smoke.  Not too cold to be a baking geek and make another loaf of the bread.  I kept everything the same, but let it rise a lot more. This time it was a lot less dense, although no one would ever describe it as fluffy.  It has a nice, bready flavor and makes good toast.

In a stand mixer using the paddle attachment, mix dry ingredients until blended.  Beat eggs and add water, oil, and honey.  Mix to blend thoroughly and then add in several portions to dry ingedients.  Mix at low speed until blended, and then increase the speed to medium and mix for 6 minutes.  Mixture will resemble very sticky cookie dough.  Add seeds (if desired) and mix to blend.
Spray a 8"x4" loaf pan with vegetable oil spray.  Place dough in pan.  Wet your hands and press dough gently into corners and smooth out the top.  Wrap foil around the outside of the pan so it makes a tent about 1" or 2" above the top of the pan.  This will keep the load from spreading too much or overflowing the pan or sticking to the plastic wrap.  Place a piece of plastic wrap over the top and let rise in a warm place until it is appx 50% larger (CI said it takes an hour, but it took about 2 hours for me.) Don't bake it too soon unless you want a dense loaf.  Preheat oven to 325F.  Spray or brush loaf with a bit of water and bake 1 1/2 hours. Rotate the pan about halfway through the baking process.  The bread is done when it is golden, crust is firm and loaf sounds hollow when tapped.  Let bread cool in its pan for 10 minutes, then remove it from the pan and let it cool on a rack for 2 hours, or until completely cool.
Posted by Old Biddy at 7:17 PM No comments:

If you've spent any time on Facebook or the internet recently, you may have heard about Sheryl Sandberg's "Ban Bossy" campaign.  If you haven't, the basic premise is that 'bossy' is a gendered criticism that is mainly directed towards girls, making them hesitant to express their opinions or take on leadership goals. I don't always agree with Sheryl Sandberg, but as a current and former bossy person I think this is a wonderful idea.
What I like about it most is that, unlike virtually all empowerment suggestions for girls and women (including a lot of Sandberg's book, "Lean In") the onus to change is not put on girls, but on their parents, relatives, teachers, and society as a whole.  This is definitely preferable to the "U R doin it wrong" advice that is typically geared to women.  It's not that hard.  Stop calling little girls bossy, and don't use "bossy" to discourage the same behavior in girls that is encouraged in boys. It's a small thing, but an important one.
As you might expect, there has been a lot of objections.  Some people suggest that rather than "banning bossy", we should embrace it.  I'm fine with this in theory, and I'm fine with people choosing to describe themselves that way.  But it is difficult to fully reclaim words that have been previously used as an insult, and it would still have a gendered connotation.  I can proudly describe myself as a bossy bitchy biddy (incidentally, all those words have a negative gendered connotation) but I've had a lifetime of socialization telling me that I don't want to have other people describe me as bossy or bitchy.
I have more to say about bossy, about microagressions and tone arguments, and the double standard I encountered when working in one group at my former job, but I will leave that for another time. 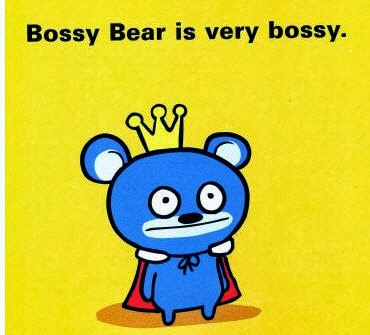 I bought the Cook's Illustrated gluten-free cookbook recently.  In the ads, they hyped their flour blend recipe as being the best thing since sliced bread.  I was a little dubious but their track record is pretty good.  Anyway, I made their flour blend, which isn't too obscure or pricy, at least by gluten-free standards.  It has brown and white rice flour, tapioca starch,  potato starch and a little bit of non-fat milk powder.  From there, I tested the chocolate chip cookie recipe and the waffle recipe.  These are things that I haven't been able to replicate very well.  Much to my surprise, they both came out really well.  As in, 'I can't believe it's gluten-free!' well, even though I took some liberties with their flour recipe (see below)  Even more surprising, the recipes were actually less full of special tricks than the average Cook's Illustrated recipe.  So I am going to share the flour blend recipe, but I do recommend buying the book if you're going to be doing a lot of gluten-free baking.  It is awesome and I am looking forward to trying more recipes.

Whisk all ingredients together well.  Store in a ziplock bag.

I have a confession to make - I didn't totally follow their recipe since I was running low on a few things.  So I used more like a half and half mix of brown and white rice flour, and a little bit less potato starch and a little bit more tapioca starch.  Even so, the recipes came out better than any other gluten-free recipes I've tried, even ones using pricy flour blends.  So I'm going to guess that the relative proportion of rice flours to starch is important, but the relative amounts of brown vs white rice flour, or tapioca vs potato starch, are less important.  The milk powder is important since it helps with browning and contributes protein.
Posted by Old Biddy at 11:17 AM No comments: