I'm lazy a bit of a pragmatist when it comes to broth.  I make it whenever I have leftover bones or corn cobs, but use canned broth if I don't have any homemade stuff on hand.  I also skip the broth for most vegetable-based soups because I like having a cleaner flavor.
I had never heard about double stock before this week, but happen to read about it when I conveniently had 4 turkey carcasses and a ham bone in my possession.  Basically, you just use broth in place of water when you cook up the bones.  If you're starting with canned broth, use the low sodium kind.  If you've got a lot of bones, just take the first batch of bones out after the first cycle and add the second batch.  This is easy if you're using a pressure cooker or Instapot.
I made two batches of double turkey broth.  The first was cooked sequentially, but for the second batch I just threw twice as many bones in and cooked it once. Both batches came out well.  Surprisingly, the batch that had twice as many bones but was only cooked once had a lot more gelatine.  I'm not sure if this is coincidental or if the act of cooking it twice denatures some of the gelatine proteins or interferes with the extraction.
Anyway, I was very pleased with the results.  It's probably not necessary for creamy soups or stews, but it adds an extra flavor intensity for brothy soups.
We hosted Friendsgiving last week, which is why I am in possession of so many carcasses.  I've been using the pressure cooker practically every day processing the leftovers and making soups. 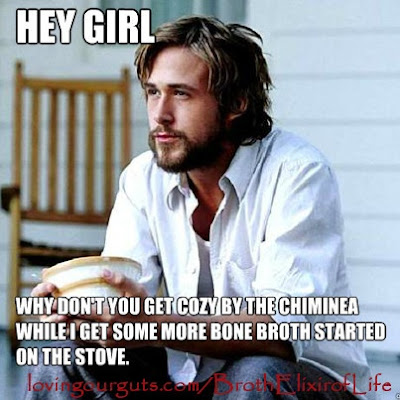