Like the honey badger, I had never heard of chicken marbella until recently. Apparently, it was a staple at the Silver Palate restuarant in NYC, and it's the 30th anniversary of the publishing of their cookbook. As a result, I started hearing about it at the various cooking sites I frequent.
I'm pretty sure that I've never had it. If I did, I would remember it. Chicken is marinated overnight in a combination of vinegar, oil, garlic, prunes, capers, green olives, and oregano. It is then topped with brown sugar and white wine and baked. You had me at capers, prunes and olives. I saw a blog post over at Bloatal Recall (go there for pics and fun commentary), which convinced me to try it, but the reviews over at Epicurious are what convinced me it's a winner before I had even tried it. Like the honey badger, chicken marbella really don't care. Scale up the recipe, scale it down, use chicken legs, breasts, with or without bones or skin, cut it up or not, tweak the ingredients, marinate it one day, two days, or freeze it in the marinade. Chicken marbella don't give a shit. It's all good. I was impressed by the number of people who make this all the time, and who've made it for really huge parties and weddings. Numerous people said that it tastes even better after a day or two, which is key for me since I like to cook larger quantities and package it up for the week. The only key thing is to marinate for at least a day.
I used the following recipe (adapted from Bloatal Recall). I used boneless skinless chicken breasts and marinated for two days, since I got home too late to cook it last night.

1. In a Ziplock bag, combine chicken, garlic, oregano, pepper and salt to taste, vinegar, olive oil, prunes, olives, capers and juice, and bay leaves. Cover and let marinate, refrigerated, overnight. Rotate the bag and mix the ingredients a few times. It's more like a paste than a juicy marinade.
2. Preheat oven to 350F. Arrange chicken in a single layer in one or two large, shallow baking pans and spoon marinade over it evenly. Sprinkle chicken pieces with brown sugar and pour white wine around them.
3. Bake until done, basting frequently with pan juices. Chicken is done when it hits an internal temperature of 165F and juices run clear rather than red when pricked. Mine took about 45 minutes.
4. Serve with sauce. Many reviewers recommended rice or something else to soak up the sauce.
OMG! This stuff is the bomb! Sweet, savory, salty, relatively diet-friendly, and easy to make. I'd cook it for my regular weekday dinners or even for a fancier occasion such as a date or a neighborhood party. 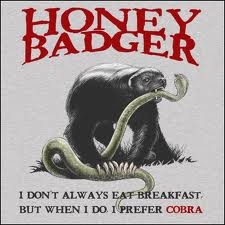